The jealousy : great enemy of the family transmission

Recently, economists are interesting in the role of emotions in the organizations. Indeed, affects present a true impact on the economic actors’ decision-making.

Negative affects and particularly the jealousy tend to destroy the family cohesion at the cost of their interests. Family businesses are mostly affected, their asset being almost essentially based on this family cohesion.

According to Evans Bruno, the jealousy meddles much more in the firm today than before the 20th century. At the time, survival depended on the cohesion of values and the family and went through those negative feelings. In our current liberal society, the individual desires more independence towards the predecessor’s firm project, for instance, which can create discords. It appears then really important to learn at listening to the other that we have been knowing so good and listening so little. Preserve fairness between children is important if transmission there is, to legitimate the new leader and to restrict the frustrations. 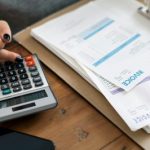